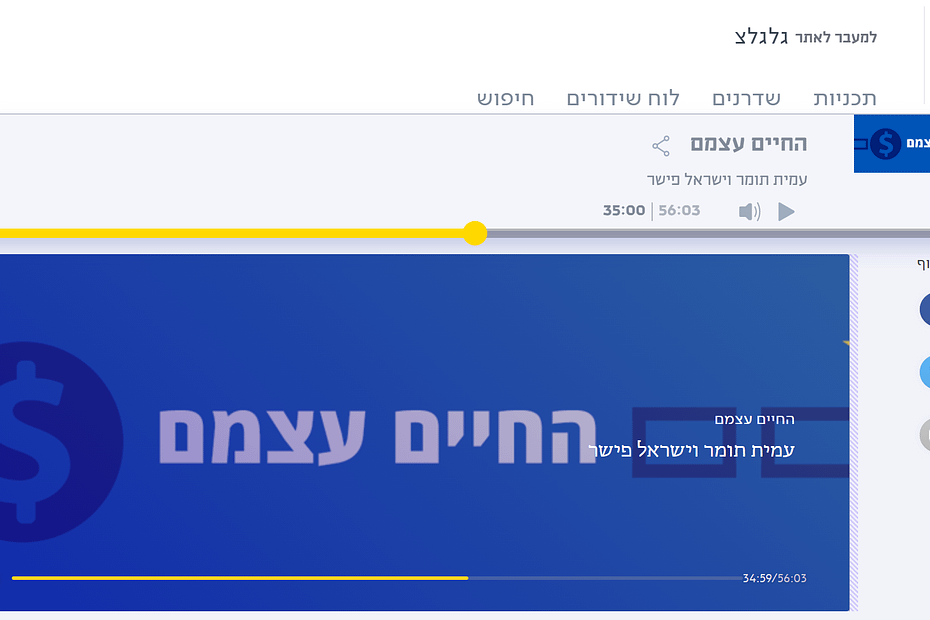 Ilan Maor, the President of Israel – China Chamber of Commerce and SHENG’s Managing Partner gave an interview to the evening economic radio program of the IDF Radio station (Galatz) about the Chinese economy in general and the recent developments in the Chinese and Hong Kong stock exchanges in particular.

Ilan referred to the recent economic developments and relevant domestic and international influencing factors. Asked whether we can expect economic crisis Ilan expressed his trust that though the Chinese economy is facing challenges it will overcome it and mentioned the recently published Q3 results with higher than expected growth figure of 3.9%. Ilan expressed the important potential China presents to the israel economy and companies.

SHENG’s Managing Partner and the President of the Israel-China Chamber of Commerce, Ilan Maor was interviewed by Sean Mathews for the Middle East Eye, an independently funded digital news organization covering stories from the Middle East and North Africa, as well as related content from beyond the region.

Discussing the free trade agreement which Israel and China are expected to sign in the coming months, Ilan expressed strong support in signing the agreement. “The Israeli consumer is going to pay a lot less when this FTA is signed,”, Ilan told MEE. “The taxes on something like an EV amount to big money for people. We [Israel and China] are slashing tariffs. Who doesn’t love that?”

Asked about the American pressure on technological cooperation between Israel and China, a field in which SHENG is intensively active, Ilan noted that “What the US is trying to say without saying it is, ‘Let’s block any technology that will help China compete with the US industry and economy'”

The leading global magazine Newsweek produced a video report, alongside with a printed report about Israel – China – USA technology triangle. SHENG’s Managing Partner, Ilan Maor, was interviewed by Newsweek, presenting his opinion supporting the continuation and enhancement of civilian technology cooperation between Israel and China. Israel should maintain good relations with its American ally while further developing the close and warm cooperation with China.

For a partial video by Newsweek: https://youtu.be/m-YfxAEweyY

The discussion this time was about the recent visit to Taipei by United States House of Representatives Speaker Nancy Pelosi, and its potential effect on China – USA relations.

The first orbit: The United States and Southeast Asia

Sheng’s Managing Partner, Ilan Maor, was invited again to an interview on i24News and for the first time on the Arabic channel… The discussion this time was about the American involvement in Asia, China – USA relations, and more. Welcome to watch…

‘The honeymoon is over’: Israel and China at 30 years

Ilan Maor, the Managing Partner of SHENG Enterprises was interviewed for an article on the Israel – China – USA triangle and shared some points from his experience and unique point of view, as a businessman and former senior diplomat:

Ilan Maor says he is no longer able to conduct business with China like he used to. After several years working in diplomatic offices in Taiwan, Shanghai, and Jerusalem, he pivoted to business and is now a managing partner with the investment group Sheng Enterprises.

But “aggressive” U.S. interference has gotten in the way, he says. “There are some opportunities that we had to lose or give up because we knew that trying to get it done would be very complicated, because of America’s positioning.”

Read More »‘The honeymoon is over’: Israel and China at 30 years

We were glad and honored to see that SHENG Enterprises is included, for the second year in a row, in the list of “101 Top Business Development Startups & Companies”, published by Fi.

SHENG is proud to join the respected list, alongside with esteemed entities such as Hillhouse Capital, Wise Road Capital, AMCHAM China, Yum! China and more.

SHENG was honored to be the matchmaker of the Foresight – Sunway cooperation. Looking forwards to supporting the development of the cooperation and in assisting Foresight in become an integral part of the Chinese automotive future…

SHENG’s Managing Partner and the President of the Israel – China Chamber of Commerce, was quoted speaking on the potential China presents to the Israeli companies, in an article marking the 30th anniversary of the establishment of diplomatic relations, at Israel’s leading economic publication, The Marker.

Ilan Maor, the President of the Israel – China Chamber of Commerce and the managing partner of the SHENG-BDO Group emphasizes: “The potential in China combines a huge and growing market, a middle class that covers hundreds of millions of consumers and a large and growing industrial sector. In recent decades Chinese industry has undergone an accelerated technological development and is currently one of the world’s leading technological industries in a wide range of sectors. Chinese industrial companies represent attractive quality potential partners for the Israeli companies, no less and sometimes even more than their competitors in the US and Europe. “

The potential for Israeli companies in China lies in almost every field in which Israel can offer innovation. In any such situation it is worth considering entering the Chinese market.